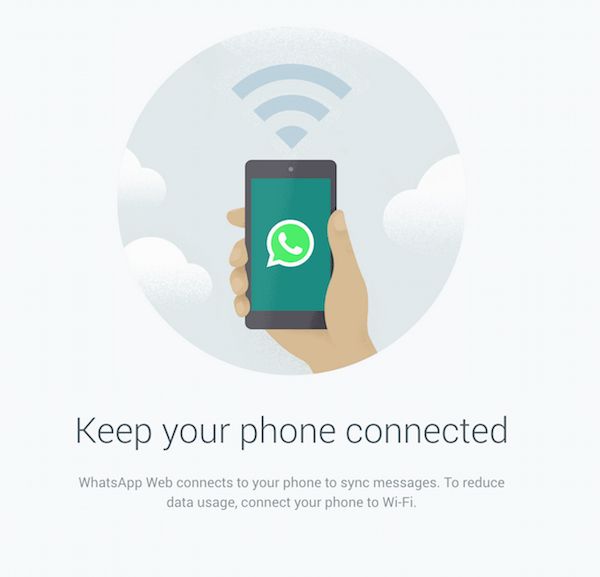 WhatsApp on desktop: A new tool for enterprises?

WhatsApp, the famous messaging app acquired by Facebook in 2014, has just released its web version.

Now you’ll be able to chat directly from your laptop, without pulling out your smartphone to reply. The web extension is available just for Google Chrome and so not for iOS users. If you are an Android, Blackberry, Windows phone user you just need to pair your mobile app to the desktop via the in-app QR code reader.

Just go to the WhatsApp website, open WhatsApp from your smartphone, go to Menu and select “WhatsApp Web”. Then pair your device taking a QR screenshot.

This integration is really interesting for the future of the platform since today it’s used as a media , social network but also as a customer care tool.

In fact, since Twitter is used as a Customer Care channel by brands, WhatsApp will possibly be the new way companies can reply in real-time.

WhatsApp is used by over 500 million users and now, with the web version, these users can continue their conversation from desktop sharing links, pictures and voice messages.

Is it a new Skype‘s competitor? May be. WhatsApp is matched with a phone number and a business usage is absolutely a huge opportunity for the messaging app.

The only one problem is that you must be sure your phone is connected. The web version it is not independent from the mobile app.

From mobile to desktop

WhatsApp followed exactly the opposite process companies are doing right now: from desktop to mobile. The fact that the IM app is primary made for mobile users doesn’t mean it doesn’t fit for a desktop usage.

WhatsApp (in the Western Regions) is one of the biggest communication tool today and users must often quit the desktop keyboard to take their mobile phones to reply messages. For a usability point of view this is the main reason why now WhatsApp is available on desktop. But for a corporate usage the scenario is now pretty open given the possibilities mentioned above.

-> SEE ALSO: INSTANT MESSAGING, THERE IS SOMETHING BIG GOING ON