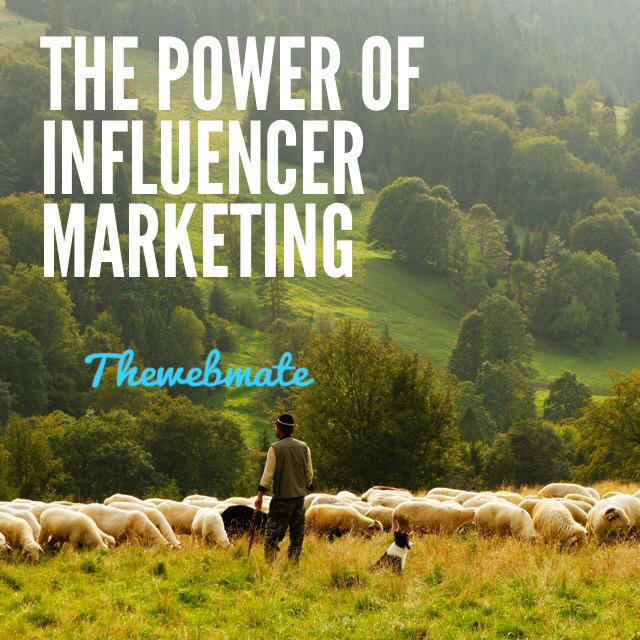 What is Influencer Marketing and why you should use it 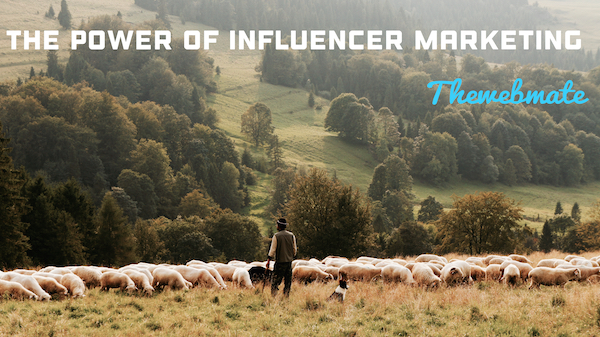 Testimonials have always been one of the most successful marketing tool ever used. Since the 50′, companies have used them to represent a product.

The reason is simple: people love them, and if they do love them, they’ll buy whatever they represent.

Today, influencers are the new testimonials

From testimonials to influencers

This winning approach continues also today. Hollywood stars, VIPs, sport leaders and champions are paid millions by companies for tv commercials and to show their fans how cool a product is.

There’s no industry limitations. You can find testimonials for food, fashion, leisure, travel. For each product or service there’s a matching testimonial ready to be engaged.

But today the celebrity Olympus is not represented just by people in the entertainment and tv. A new generation of testimonials is now on business and it comes from the world of internet and social media. They’re the so-called influencers.

Influencers are today’s testimonials. The only difference is that they start from the web and they reach a growing audience.

While not so long time ago to be an influencer you needed to be a tv, sport or entertainment star, today, thanks to the web, everyone could be the next media phenomenon. It means this is a bottom-up process, not a top-down. The new internet influencers start from being completely anonymous on the web to engage with a circle of followers listening to their message.

Being a social influencer is a button-up and democratic process

When we have a circle (small or big) of followers who are listening to us, we become influencers. At this point, brands and companies are interested in our “fan base” and they’re willing to pay in order to promote them.

So, you don’t need anymore to reach the popularity of a movie star to be a testimonial. The web has made it more democratic and easier to access.

-> ALSO READ: THE AGE OF THECHNOPRENEURS AND INFLUENCERS

Who these new influencers are

This new generation of influencers are usually very young people, able to reach the younger part of the internet population. These new web stars are particularly interesting for companies because they’re able to grab the attention of Millennials. This generation is no longer interested in traditional media as tv, radio and newspaper and they pass most of their time online.

Same thing is happening for the new generation Z, the one after 2005.

Young influencers use social media as Facebook, Youtube and Instagram to build their audience and a specific niche of followers. One of the most famous example is the fashion Blogger phenomenon led by names as Chiara Ferragni and Aimee Song. Also male as Mariano Di Vaio are paid hundreds of thousand dollars by companies to sponsor their brands on social media. Below is an example of a sponsored post on Instagram.

The average cost for a post like that can be between 5 to $10,000 based on the product and company. Sometimes even more.

Another example are the famous Youtubers who are becoming real broadcasters and show stars. Among these young influencers are names as Felix Arvid Ulf Kjelberg that with over 36 million total subscribers to his Youtube channel, has dominated the scene over the past years.

He’s a video game commentator, it means that he just comments while playing video games. As you can imagine, it’s a huge opportunity for video games companies to promote their products through him.

Another example is Smosh: a comedy duo making funny Youtube videos. They have over 20 million total subscribers. It’s like having your own tv show on a national channel. These guys are not just earning with Youtube ads but they are also hired by companies to create engaging and viral content.

You can see the list of the most famous YouTubers here.

But Youtubers and fashion bloggers are not the only one. There are also famous marketers and bloggers who are engaged by tech companies to represent them.

Pat Flynn is one of those. Thanks to his famous blog “Smart Passive Income” he has recently been hired as a brand ambassador for a lead generation platform company called Lead Pages. Pat Flynn public is represented by bloggers and internet marketers, so a lead generation service definitely makes sense.

Same thing happened for the marketing expert Guy Kawasaky who is an evangelist for the online graphic design platform Kanva.

And what about Tim Ferris? He’s a famous life hacking blogger and podcaster and he’s signed by several brand to talk about their services during podcasts and videos.

NEW podcast up! Chris Sacca on Being Different and Making Billions: http://traffic.libsyn.com/timferriss/TFS_Sacca_Ep.mp3

So there’s always the right testimonial for a target industry.

What is influencer marketing

The influencer marketing is exactly what I mentioned above as an example with some of the most famous influencers. Companies pay a lot of money  to these guys in order to leverage their highly engaged audience.

Brands are realizing (finally) that media are changing and evolving. People are spending their time online like never before and advertising needs to be delivered in new ways and new platforms.

Influencers are used in more dynamics and fancy ways in order to attract an over distracted public. Banners, traditional ads and media are no longer so effective and influencer marketing is the new ways to go.

Why and how you should use influencer marketing for your company

As I’ve mentioned before, based on your business there’s a specific influencers group to target. If you are willing to start and influencer marketing campaign you can do it in two ways: directly reaching out an influencer, or using an agency.

Direct reach out shouldn’t be very difficult to do except that it’s time-consuming since you have to contact one by one any person you are interested in.

You can also use an agency, which is faster but it will probably ask you for a management or commission fee. Based on your budget you can decide to do one or both of the two things.

Nowadays there are new companies specialized in influencer marketing and they have the right network to manage a successful campaign.

Here are the benefits of using influencer marketing for your company:

If you would like to have more information about it or you would like to start your influencer marketing campaign, contact me now. I’ll be happy to show you how you can do it or address you to the right agency.

I would like to have more info about influencer marketing