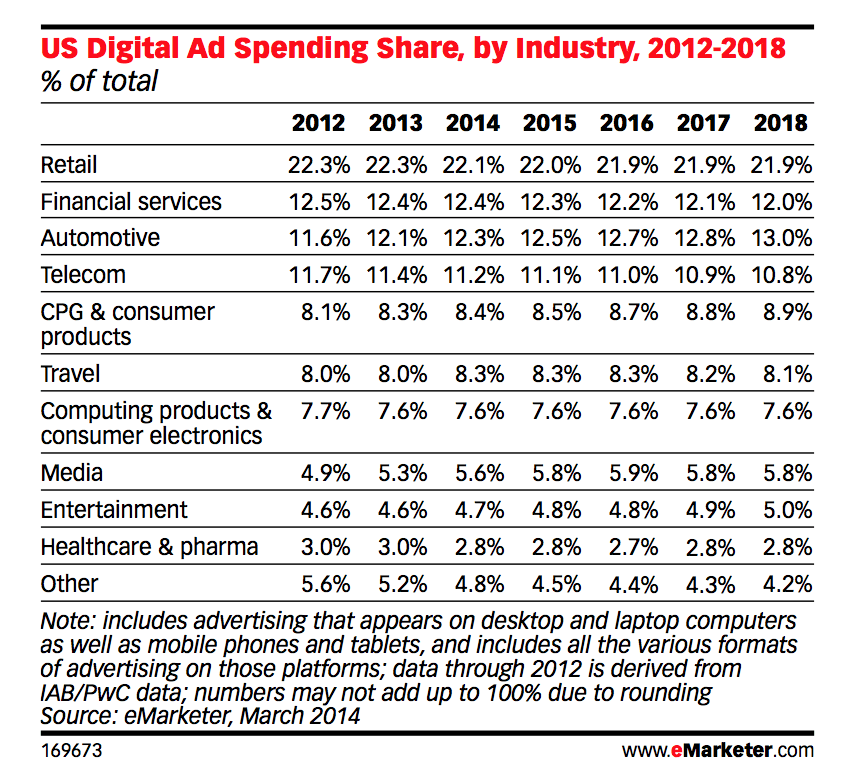 Retail industry is the largest spender in digital ad 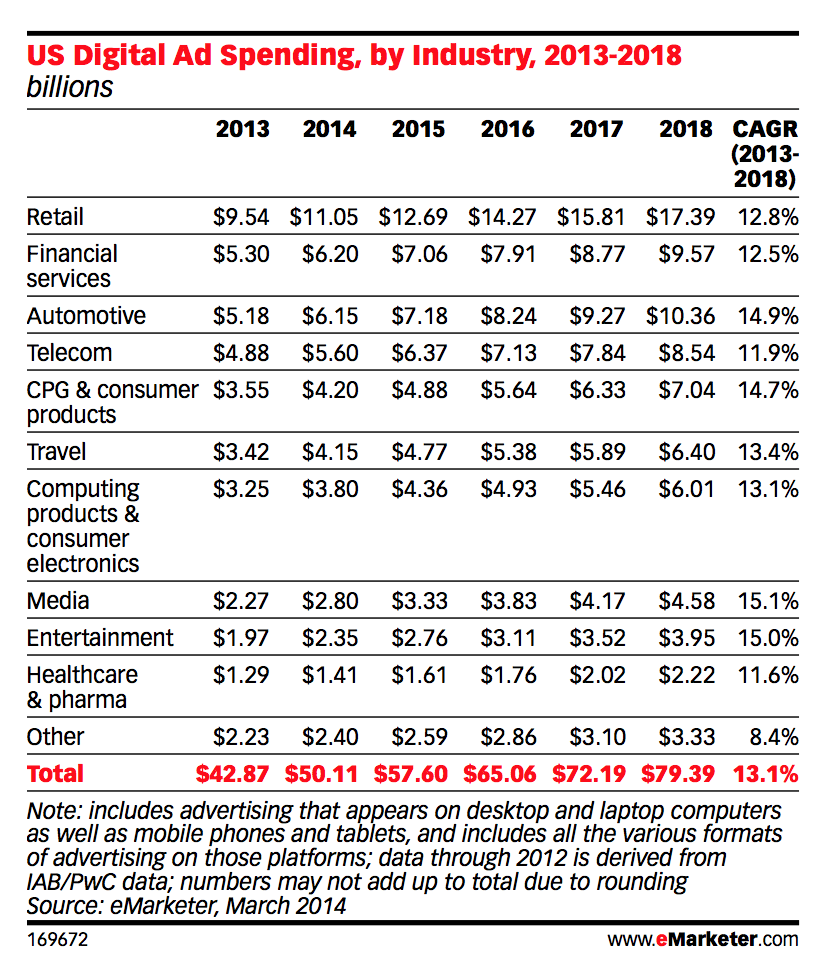 Digital advertising spending has been growing in double-digit since 2009. As highlighted in the graphic above, retail is the largest spender with an average growth in budget allocation from $9.54 billion in 2013 to $11.05 billion in 2014. These data include advertising on desktop, laptop and mobile in various formats.

What about the other industry groups? Also Financial Services and Automotive are the second and third bigger spenders with a share of 12.4% and 12.3% of total. The rate will grow especially for the Automotive that is projected to surpass finance in 2015.

Even in the next years Retail will be the most performing industry in digital ad.

Mobile is also playing a crucial role in Digital advertising with a consistent rise of investment and focus.

According to Emarketer, “Mobile usage has grown so rapidly that many marketers are struggling to catch up with consumer behavior. In the US, smartphone users will number 163.9 million in 2014, topping 50% of mobile users for the first time.”

“Within the retail sector, we’re seeing a lot of innovation and a lot of appetite for growth, and the realization
that mobile is critical in terms of becoming…a core ecommerce platform,” said Megan Tweed, vice president, media at Razorfish.

“We all have to find ways to redistribute our offerings to customers. And it has to be through digital channels, and by leveraging what we know about our customers and being able to make those offerings relevant to people.” said John Learish, senior vice president of marketing at Rite Aid.