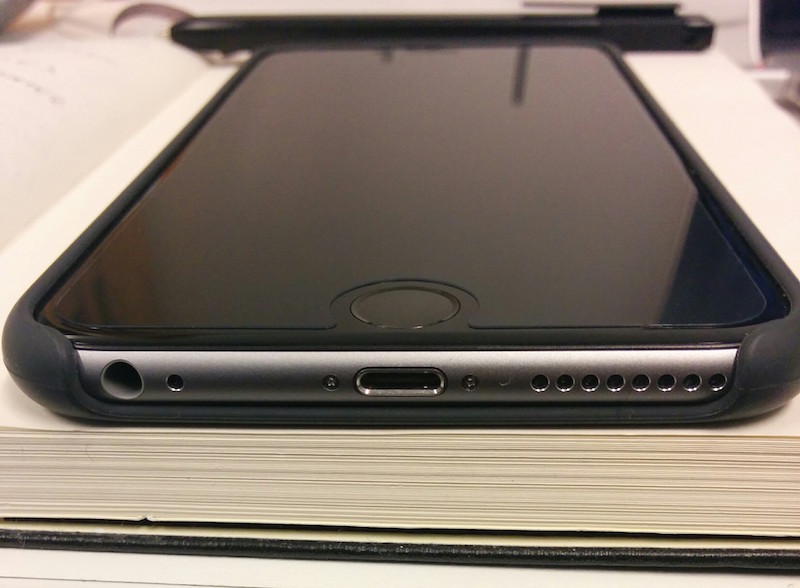 Phablets are the new tablets

After a long market research, poll and questions to friends and experts I decided to buy the new iPhone 6 Plus.

With a wide 5.5″ display the new iPhone 6 Plus is really huge. Especially when you switch from the iPhone 5, as I did. To be honest, you can really see the difference in the first few days, but after a while you get used to it. In fact, right now I can’t imagine going back to a smaller screen.

During these weeks, I’ve often used the Plus to watch videos, send emails, and everything you can do with any other smartphone, but in a better way, or bigger. Another big “plus” of the new iPhone is the battery. For the first time ever I can use a smartphone all day long, with a heavy usage, without bringing an external battery or a charger with me.

I’ve also noticed another thing. I’ve completely forgotten my iPad. It’s a while since I’ve stopped using it but now, I simply don’t need it anymore.

The reality is that we are in a transition phase, from tablets to phablets (so-called these new devices mixing a tablet and a smartphone). And the numbers speak for themselves. 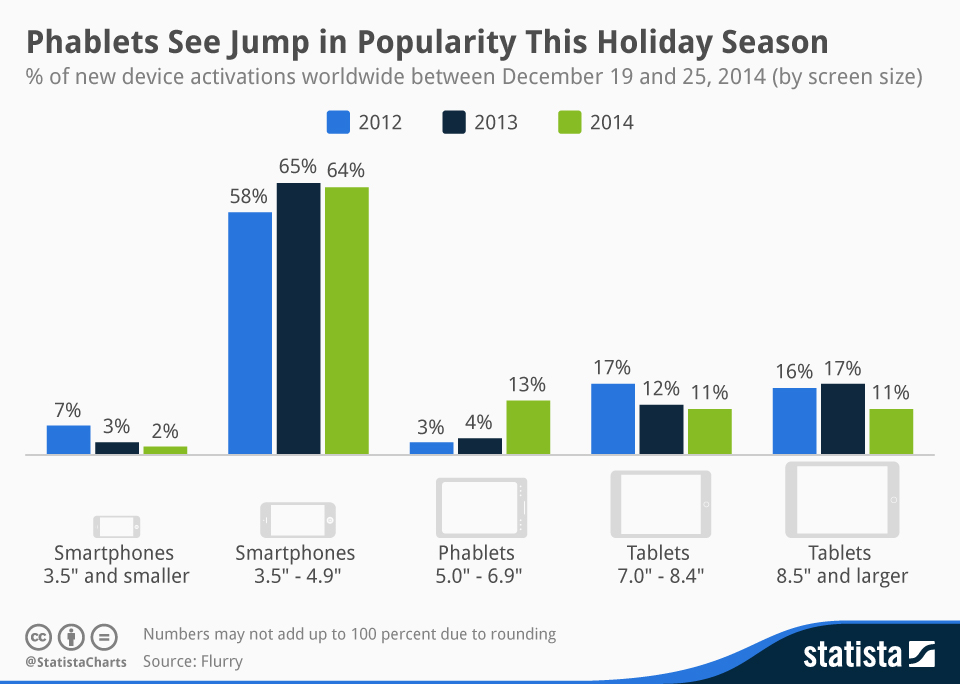 Flurry Analytics examined data across more than 600,000 apps to determine which devices were particularly popular this holiday season. But apparently this isn’t just a seasonal trend. The new iPhone 6 Plus is in fact Apple’s first venture into the phablet market, was also among the Top 5 devices and contributed to the jump in popularity that phablets saw this year.

-> SEE ALSO: WANT TO CREATE A NEW APP? KEEP IN MIND THESE 5 TIPS

But most importantly, you can notice how tablets have lost market shares from 2013 to 2014. Also smartphones with 3.5″ and smaller screen are seeing a sensible decrease.

With the arrival of smartwatches and wearable devices, the trend is to have a second screen on our wrists, not in our pockets. The consequence is that we prefer our smartphones screens to be bigger.

So, are phablets the new tablets?