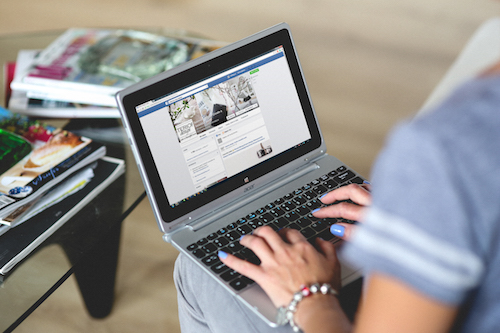 Once upon a time..

In 2004 the word “social network” was still something unclear and no one would have ever imagined that those platforms would become the new holy grail of marketing in just a few years.

The reason why Facebook took the attention of investors was because of the users engagement. In fact, the famous social network, started its ride in Harward University and then rapidly spread all over the universities in the States. Within the first month, more than half the undergraduates at Harvard were registered on the service.

The initial features were quite simple but very effective. You could invite fiends, tag them and share content and pictures. Basically almost the same things you can do today. The initial name was thefacebook.com and then, in 2005, the company bought the domain facebook.com for $200,000 after the first round of investment by the PayPal co-founder Peter Thiel.

The rest of the story is history.

Today things have changed for the king of social networks but not for the active users engagement. In fact, total active users are now more than 1.3 billion and Facebook is the social media with the highest usage.

Over 50% of the active users visit the website more than once a day, 20% daily and the rest weekly or less. This means that almost 700 million people open Facebook at least twice a day.

No one of the other social media has a similar usage frequency. The closer one is YouTube, acquired by Google in 2006, where almost 30% of the total active users spend their time every day.

The reason why Facebook has integrated videos in the platform and marketing offer is because of this metric. Since YouTube and videos are one of the most demanded features by internet users, Facebook aims to take off some market shares from the competitor.

The power of knowledge

The power of Facebook itself is in the incredible amount of data profiled. The more a user spend his time on the social, the better Facebook takes valuable information about “likes”, tastes and behaviors.

Today Facebook can be considered a “digital-drug” which millions of people are addicted. One of the symptoms of this addiction is the FoMO, The “Fear of Missing Out”, that is the feeling we are always missing an important update if we are not checking out the Facebook news feed.

As they say: Use social networks responsibly!