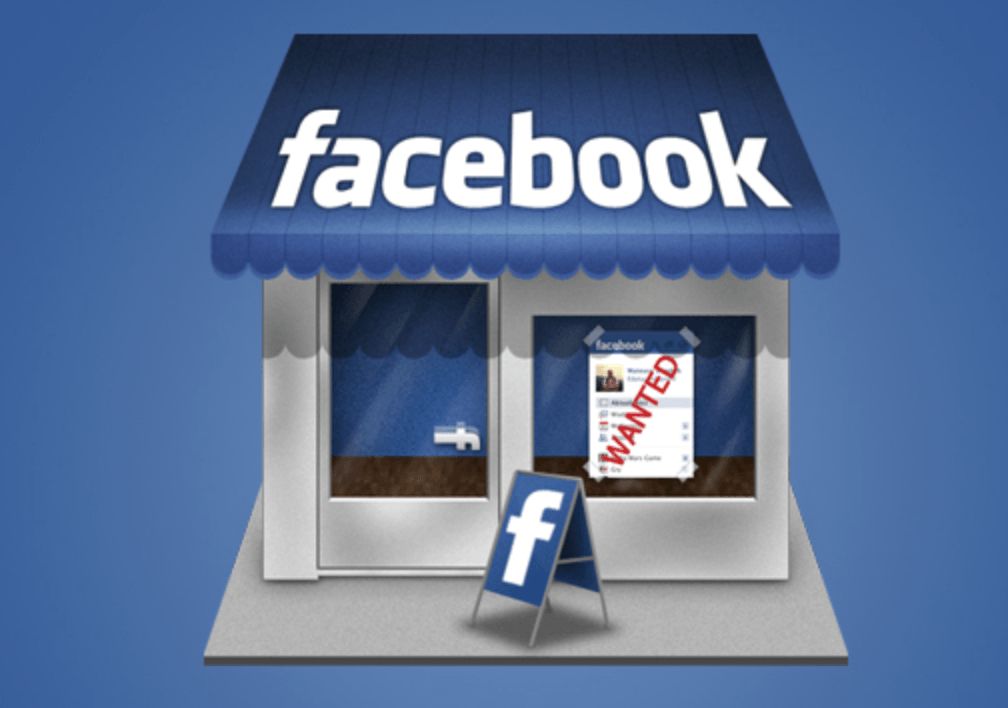 Social networking has become the hub of internet activity for many users in both developed and emerging markets. EMarketer estimates that 54% of all US residents use social networking sites at least monthly this year. Facebook with a 47.6% usage is the leader in social commerce. 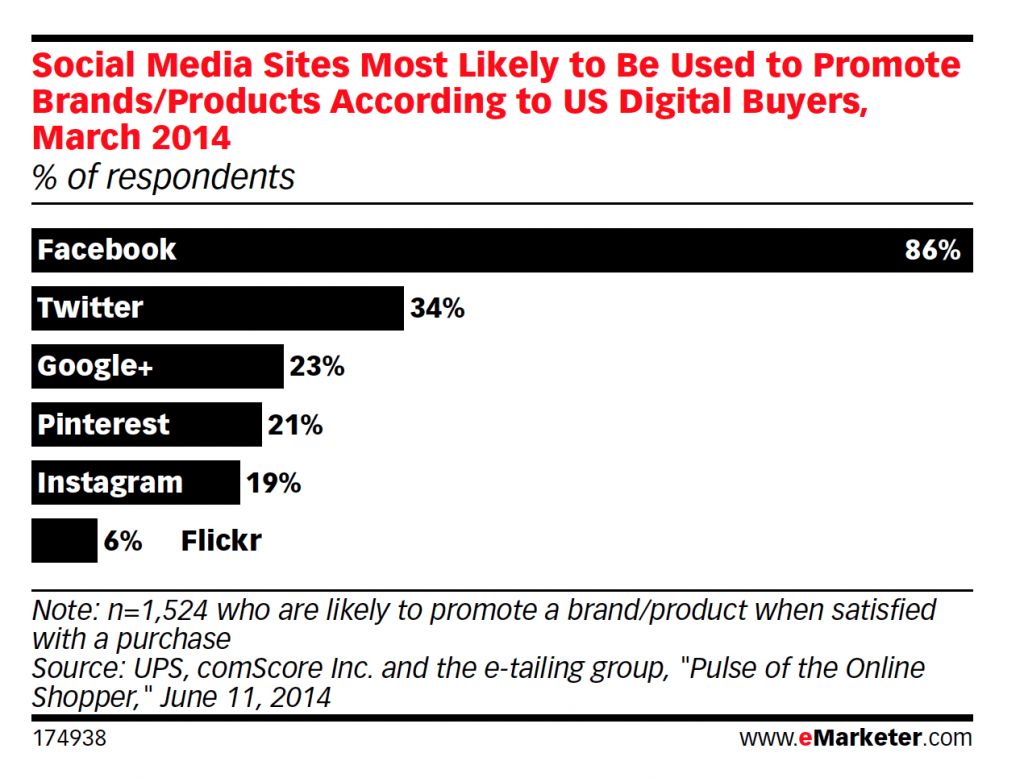 As you can see above, Facebook is the most used social media to promote brands and products. Twitter and Google+ are also considered relevant and Pinterest and Instagram are particularly efficient when it comes to promote retail products.

Social is indeed valuable to retailers for engagement, brand awareness and influence. These are very important steps in the sales cycle that is no longer a “one shot buy” but a longer educational process. 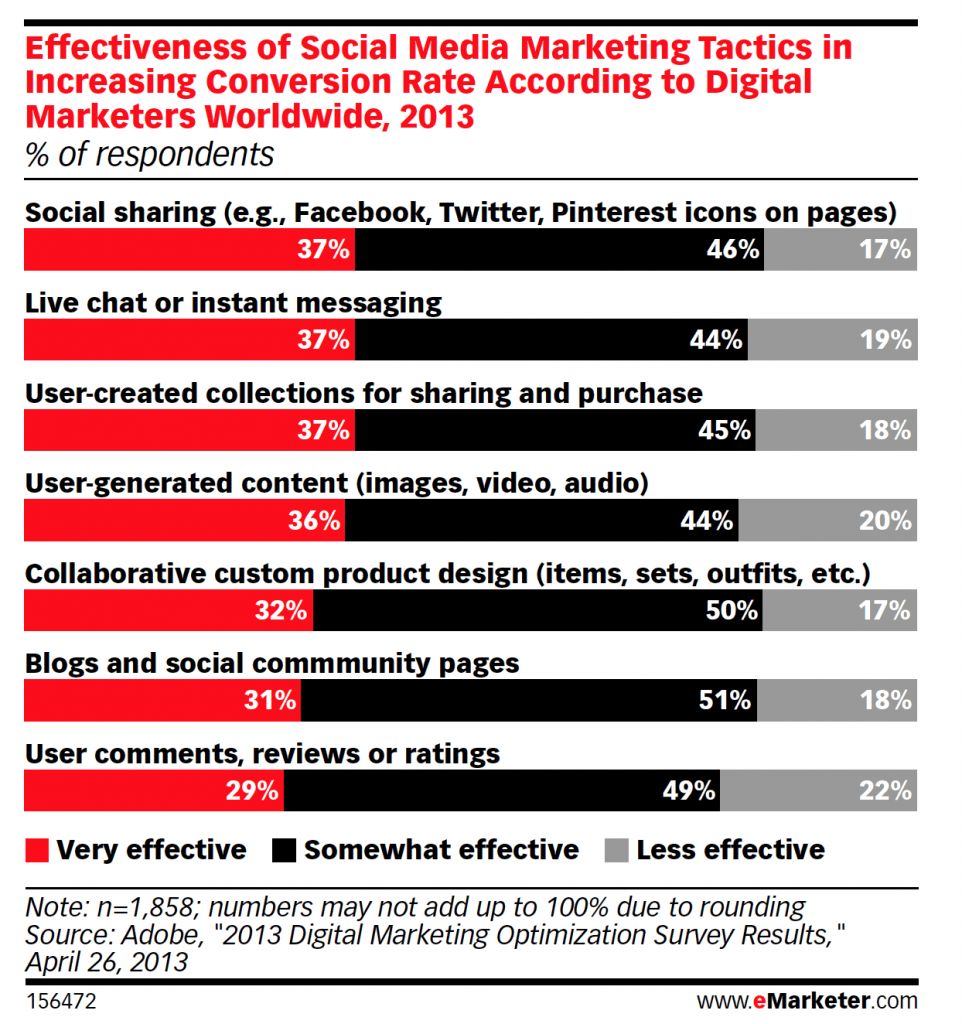 For example 37% of digital marketers says that social sharing (on Facebook, Twitter, Pinterest etc,) is very effective in increasing conversion rate. Same thing for a live chat, where potential customers can ask real time before buying a product.

A recent pol by Shopify found that Facebook was the top social commerce site worldwide and drove nearly two-thirds of social media visits to Shopify stores. It also depends on shopping categories but also other social platforms did show success in generating orders. Pinterest shows a high conversion in the antiques and collectibles industry, generating the 74% of social orders.

The home and office furnishings saw 18% of sales coming from Twitter. 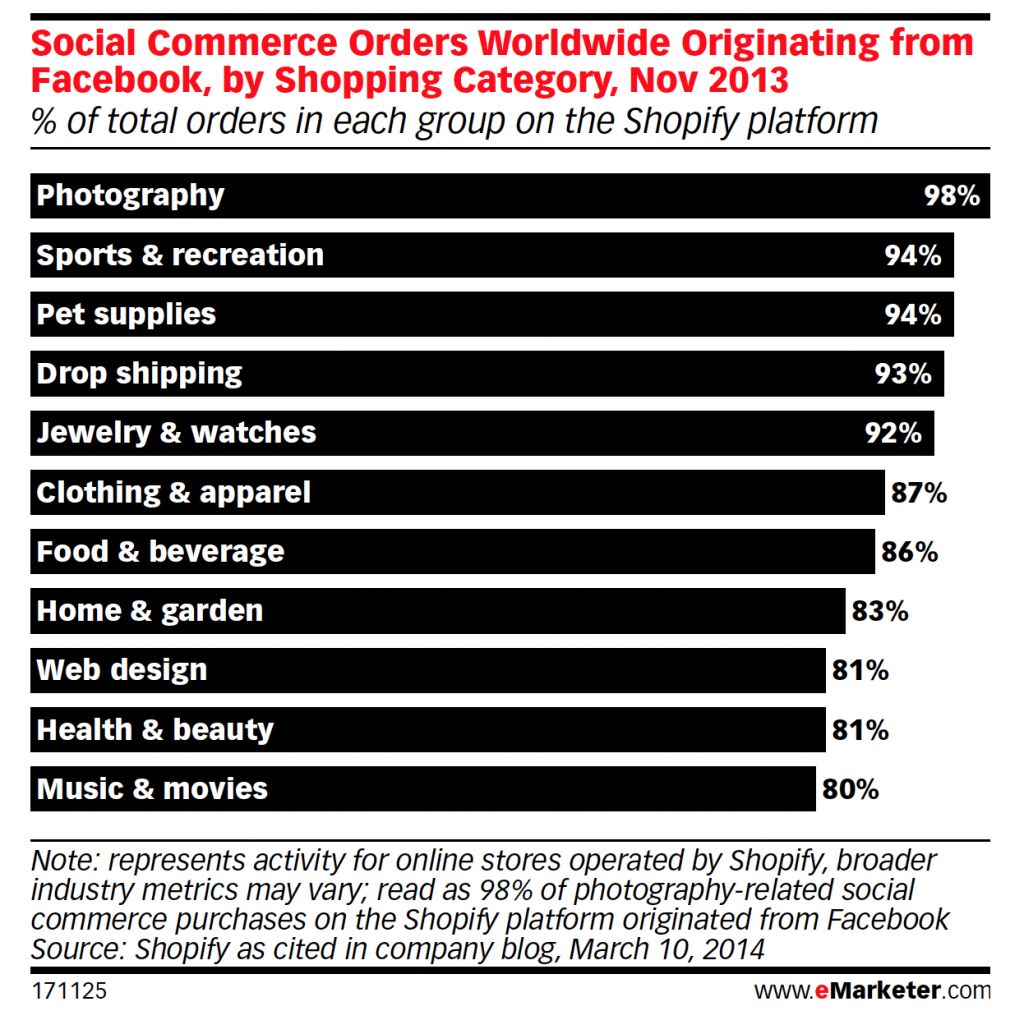 One Response to Facebook is the leader in social commerce